The life of mega-famous rock stars has got to get tedious after a while. Drug-fueled backstage orgies with supermodels undoubtedly begin to grate on a person’s nerves after a few years, and it makes sense that some famous musicians long to escape the fast-paced life of rock stardom.
A lot of famous musicians use their wealth in predictable ways, spending it on fancy cars, and buying castles and slaves. However, many have opened non-music related businesses on the side, just in case 1950’s critics were right, and that “rock and roll thing” turns out to be a fad, or if their second giant money room needs filling.A few of those rockers have turned to ventures involving the natural world, and the animals that interest them.That’s why… 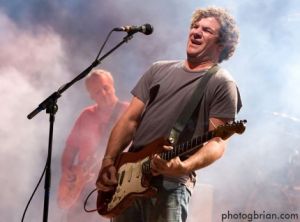 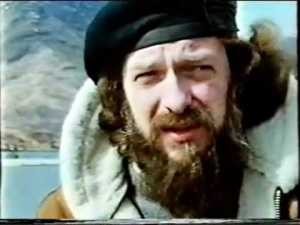 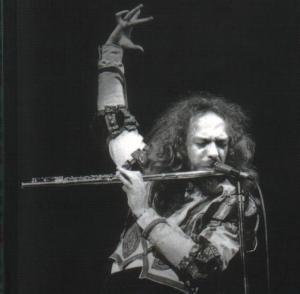 When not singing as the frontman of “The Who” and filling stadiums, Roger Daltrey is an avid fisherman. That’s why decades ago the rock legend designed and created a trout farm in Dorset, England, which he owned for almost 30 years.Daltrey has been quoted as saying that “When I go fishing, I come away feeling like I’ve smoked half a dozen joints,” which in the language of rock stars means that he enjoys fishing a LOT. Despite selling millions of records and being voted by Rolling Stone magazine as one of the top 100 rock vocalists of all time, Roger Daltrey considers his four lake, twenty acre trout fishery to be the “proudest achievement of his life”, making one wonder if The Who was always just a day job he used to fund his passion for trout farming.If Roger Daltrey had written most of “Tommy” instead of Pete Townsend, the rock opera about a deaf, dumb, and blind kid that plays pinball might have had the main character casting a fishing rod instead. Come to think of it, Daltrey’s iconic fringed leather vest from his Woodstock performance kind of looks like some fishing lures. Coincidence? No, probably not.It should be noted that any Who completists would also have to hunt down a copy of “The Underwater World of Trout Vol. 1” which has the rock superstar dispensing wisdom on fishing for the creatures he so obviously loves.2. Ian Anderson of Jethro Tull is a salmon farmer.It turns out that besides being one of the few stars to bring the “Rock Flute” into heavy use, Ian Anderson also long ago invested in salmon farming as a way to fund the upkeep on a summer house. His timing was perfect, as the industry was just beginning, and after twenty years, the venture has become the UK’s biggest independent smoked salmon firm, employing more than 400 people.Anderson claims that salmon farming is similar to rock and roll since both involve “a bit of theatricality”, but unless that means he dresses his salmon in little stage costumes, I’m going to assume that Mr. Anderson is hitting the same six joint regimens that Roger Daltry recommends for fishing.No one could argue that Jethro Tull was an unsuccessful band, but with their heyday long passed, it’s likely that Anderson makes more money from salmon farming these days, than he does from touring behind “Aqualung.”And these two Brits don’t have a stranglehold on fish-related side gigs.3. Dean Ween of Ween is a fishing Guide.I’ve been a big fan of Ween for over 20 years. They’re one of those bands that are big enough to be legitimately famous, but not so much so that they’re a household name. They’ve managed to put out an enormous catalogue of stylistically diverse music, and enjoy a huge cult following.Mickey Melchiondo AKA “Dean Ween” or “Deaner” is the pot-fueled duo’s main guitar player. While probably not at quite the level of success as Roger Daltry or Ian Anderson, Dean has been a successful recording and touring artist for decades, and it’s presumable that he gets by OK without a day job.But he has a day job.He’s a fishing guide for his business “Archangel Sportfishing”, which operates offshore in New Jersey, as well as in the Delaware River. Judging from his websites and interviews on the subject, Deaner considers his fishing business a personal passion that he takes at least as seriously as his career in Ween.He even cautions his potential customers that since they may be fans of Ween, that while he’s fine with talking about the music questions they may have, that they should spend more time trying to catch fish. Yup.A few years back, the band released an album of nautical themed songs called “The Mollusk”, and at the time that seemed like a strange direction to take. It all makes sense now.4. Steve Vai is an avid Beekeeper.Pyrotechnic guitar slinger Stave Vai stumbled across his insect based passion after a swarm of bees attacked his wife’s garden one day. Attacking the problem in the same way that he attacks exotic guitar scales, Vai dove straight in and now maintains five colonies of honey bees. While not exactly a commercial venture, the hobby is a serious one, and Mr. Vai harvests the honey himself and auctions it off, donating the proceeds to charity.Whether or not Steve Vai plays the bees blazing guitar solos is unknown, but let’s face it…he probably does.I’m not sure why it’s surprising to me that these rockers all seem to have deep passionate interests involving the natural world, but it is. They’re just human beings after all, they don’t exist solely on stage.But I don’t know too many regular people that are as interested in fishing or beekeeping. It’s pretty weird. Oh well, Avril Lavigne is a hunter and Iggy Pop likes to garden, so I guess we really can’t draw many conclusions about a person based on their musical careers.