Over the last few years I’ve spent a significant amount of time on online guitar forums. I play guitar, have been in bands, and it’s something I enjoy talking about. I’ve made a few good friends on those forums, but I’ve also become sadly aware of a mindset that’s incredibly common among musicians.

The attitude that any music outside of what they personally enjoy sucks.

There is often a generational dynamic at work here. It’s sad, but a lot of people, particularly older ones, seem to think that music is at some all-time low as far as quality goes. That music just sucks now, and that the kids (it always seems to be the assumption that young people have caused this) have terrible taste these days, and have in some way caused a degenerative effect on music.

I have a few things to say about this. I’m currently in my early 40’s, and am a member of “Generation X”. I distinctly remember growing up and coming of age under the shadow of my parents’ generation. Many of the Baby Boomers I grew up around seemed to possess the attitude that they had experienced the best period for youth culture and music to ever come along, and that nothing else would ever happen to rival it.

I’m not saying that every person over the age of 35 was a boorish asshole when I was a teen, but I certainly did hear a LOT of criticism over the music that was popular with people my age, and was told that in some cases it was worthless or even “dangerous.” It’s an interesting thing to be lectured on the morals presented in modern (at the time) rock music by people that had lived through a youth culture that seemed centered on sex, drugs and rock and roll.

Now, I’m not here to take potshots at Baby Boomers specifically, or at the music and youth culture of the 1960’s and early 1970’s. It’s pretty clear that the time period WAS a high point for rock and roll, but I think some of these older folks forget that what they’re really celebrating is their own youth. Something long gone now, that is just a song away in their memory.

That’s what music does, one of its functions. It’s a way to reconnect to one’s past. So of a person was 17 in 1972 or so, it makes perfect sense that to them, that era is the “best music ever made.” For them, that’s the case.

The music that we listen to when we are young will always be precious to us. If, the first time you got laid, a song by “Moby Grape” happened to be on the radio, you’ll always have a soft spot in your heart for “The Grape,” but try to explain the appeal to a teenager today. Good luck with that. Of course there are a handful of bands that are just generally accepted as being “classic,” and will often appeal to young people today as much as they did 40 years ago, but those are the exceptions. There has always been a lot of shitty music being made, and the ratio of throwaway garbage to gold hasn’t changed that much.

Back to MY youth. When I was coming of age in the 1980’s, adults often dismissed the music my generation listened to as garbage.

In my case, I basically turned my back on mainstream music and gravitated towards underground music of various types. I am thankful for that, because it opened my eyes to a world of possibility that I might not have known existed had I continued to listen to the music my parents grew up on.

But the music that me and my friends listened to was as precious to us as the music my parent’s generation had embraced in their youth. Most people will always think that the music they loved between the ages of 15 and 25 is the best ever made.

And young people NEED their own identity, and music of rebellion. Those needs aren’t going to be filled by listening to the same rock bands their grandparents listened to. How could they be?

So now I come to a sad realization about some people my own age. We DID live through another true golden age for rock music, perhaps the last generation to really grow up to a soundtrack consisting largely of music that could be accurately called “rock.”

And while rock music probably will never truly die, it doesn’t own the market share for today’s youth that it held for the previous several decades. How could it? There’s nothing awesome about jamming to the same songs your grandpa and grandma had sex to. Young people today want their own experiences and that requires a soundtrack of their own too. So popular music will continue to warp and mutate as time goes on. Sure, there will be a few bands that try to ape the sounds and look of the past, and that’s cool. But it’s a put on.

So when anyone over the age of 35 is lamenting the state of “music today,” remember that what they’re really belly-aching over is their own aging process. There has always been great music, and likely always will be. Just because a format one person specifically likes is not as popular on the radio as it once was does not mean that it has disappeared or been destroyed by “rap” (a commonly criticized form of music that seems to particularly anger old fogies), it means that you might just have to look for it a little bit harder.

In fact, I would say that today great music is more common and varied than ever. There’s just not one genre that dominates the airwaves. That’s a good thing really.

It disturbs me when I see people my age criticize the music of today’s young people. Does a lot of it suck? Yes, absolutely. But that’s always been the case. And always will be.

Remember what it was like to have old people call the music you and your friends listened to “garbage”? Don’t be that old person today. 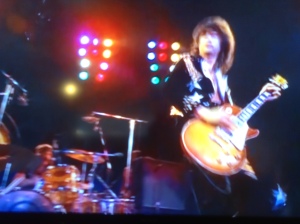 This “might” be Led Zeppelin. There were really cool. 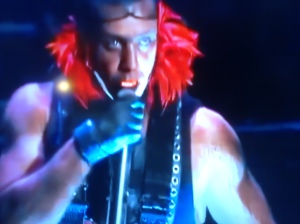 But there’s still a lot of cool music being made. Also, nice neck wear.

The one good thing is that being told their music and experiences are worthless will inspire a small number of those young people to pick up instruments and make some noise. Some of it may even be great some day. And that’s a beautiful thing.

There was an error retrieving images from Instagram. An attempt will be remade in a few minutes.