Probably On Their Way to a Satanic Gay Bar. 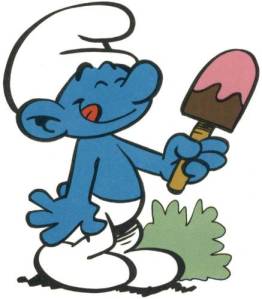 This Sinister Zombie Probably Wishes That Ice Cream Was a Dick.

Way Back in the 1980’s, during the Satanic Panic, various con men tried to scare folks into believing that pretty much EVERYTHING was “Satanic”, particularly anything kids enjoyed. Phil Phillips was just one of those joyless creeps, and wrote a series of books that found the Devil hiding in kids toys. His book “Turmoil in the Toybox” is a classic of ridiculous for profit fear mongering, and is well worth tracking down for comedic purposes.

In this video documentary, Phillips opines that E.T. and Star Wars are both Satanic, and the Smurfs are zombie gay guys or something. The Thundercats and He-Man are also evil agents of Lucifer, as is Rainbow Brite.

It’s easy to ridicule this stuff, but we shouldn’t forget that Phillips and people like him were also responsible for contributing to an environment of fear that caused many innocent people to have their lives ruined by the outlandish accusations of “Satanic Ritual Abuse”. I’m sure Phillips was responsible for many unfun Christmas mornings.