I’ve noticed that a lot people have an interesting view of the penis. Yes, I realize the built-in joke in that sentence. Please bear with me.

Recently, some woman, who I don’t know and have never met, made a “little dick” joke aimed at me on Facebook. I don’t think her intention was to put me in my place. It was more of a funny burn, because that thread was on the topic of women’s breasts, and I’d mentioned that I don’t think breast are “a big deal.” (Yeah, I realize there’s a joke in that sentence somewhere, too.)

So, this female Facebook goblin made a joke that I believe was supposed to infer that I have a small penis, and it got me to thinking about how the size of a man’s cock is perceived in our culture.

I feel like even bringing up this subject means I have to throw out a couple of disclaimers, and that shows what a weird subject it is.

First of all, I myself don’t have a little dick. The fact that this admission might be perceived as some ego-driven bragging might demonstrate the bizarre way dick size is treated here. I’m not John Holmes, but I’ve never had anyone with first-hand experience say that I was small in that regard. Without getting specific, let’s say that, while I suffer from plenty of male insecurities, that is not one of them, and never has been. If asked to pose nude, I would be a lot more insecure about the size of my gut than I would about the size of my schlong. I will leave it at that.

But just because this isn’t one of MY insecurities doesn’t mean that the size of a guy’s dick isn’t used as an insult pretty often. When someone makes a little penis joke aimed at a dude, it’s obvious that having a small weiner is viewed as a bad thing by most people. Worse still, I can’t count the number of times over many years that I’ve heard women make fun of a guy for having a little dick. Sometimes these are even nice women, and it seems that making fun of a guy based on the size of his privates is acceptable.

I have to wonder why? Sure, guys can be dicks. Whoops! Did I just use a slang term for the penis as a pejorative? It seems I did.

OK, back to dick size discrimination. Just the fact that women will use the cheap shot of saying a guy has a small wee-wee in order to verbally destroy him seems to indicate that smaller cocks are viewed poorly by a lot of people. Why is that?

I’m sure that at both ends of the size spectrum there is a point where things aren’t great. A tiny penis is probably no lamer in action than a truly monstrous one, and I’d wager that, while completely subjective, most women have a preference somewhere in between. But really? I’ve had female friends that had boyfriends with little peens, and they seemed content enough, so I have to assume that a smaller cock doesn’t necessarily indicate that sex can’t be fulfilling. On the other hand, I don’t know too many females that would really want a guy with a 14 inch dick inside them. A few female friends that have encountered such “dicks of death” have told me that they were almost useless in some ways.

I’m not beating up on men with giant units either. It’s just notable that they don’t have the image problem the little dicked guys do, nor is having a big one usually used as a withering criticism.

There’s also a racial aspect to this stuff. It seems to be standard in this culture to assume that black guys have big dicks, white guys smaller, and Asian guys get the smallest of all. Really?

So what effect does it have on a black guy’s self esteem if he happens to be less endowed? Asian dudes benefit from the stereotype of being viewed as smarter or more ambitious than white or black men, but what if you happen to be an Asian man with average intelligence and a big dick?

I’m just saying that there are a lot of problems with this stuff. It’s been suggested that the idea that blacks have the biggest dicks of all has also been used to project the image of black men being “savage” or more animalistic in regards to sex, and that isn’t necessarily a great image to be shouldered with.

So it seems to me we have some weird ways of looking at dick size, and judging men on that criteria, and I just don’t think that’s ok. Why is one of the worst things a person can say about a male that his penis is small? That’s fucked up.

I realize that I will probably take shit for this particular post. Go ahead, y’all can say I have a little dick. It seems to be the worst thing a person can say about a man. 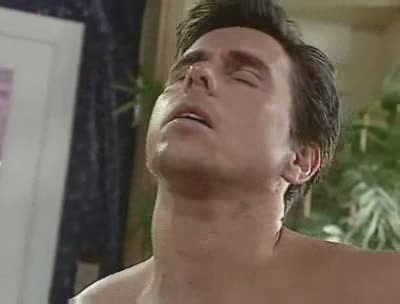