I’ve played guitar for over thirty years now. While my motivations for playing have changed over time, I can’t imagine ever putting them down for long. Since it’s a passion of mine, I tend to hang out around other musicians, particularly other guitar players, both in person and online.

Besides collectively selling our souls to Satan to achieve fretboard mastery, most of my pals are very opinionated about various aspects of guitar playing and guitars themselves.

One thing has become clear over the years, not all of us agree about some fairly basic things when it comes to the electric guitar. We all agree that Satan makes us play better, but other than that, a lot of us disagree on many things. For instance, some of us believe that:

1. A Huge Factor Affecting the Sound of a Guitar is the Wood It’s Made Of.

Yeah, that’s a common belief, and it seems to make sense on the surface, after all the majority of electric guitars are made from wood, and the biggest portion of their mass is the wooden body and neck. That stuff must all vibrate or something right? Makes sense that different wood types would have different vibratory characteristics, doesn’t it?

Well, not really. It turns out that when it comes to electric guitars, all of that wood really just holds the various parts together. Unless a guitar is very poorly constructed, the vibrations of the wood pieces just don’t affect the guitar’s sound that much.

What DOES affect the sound of any electric guitar are the kind of pickups and electronic components used, as well as certain factors like the type of bridge a specific guitar has (the bridge is the metal part that anchors to the guitar’s body, and where the strings are attached).

The pickups “pick up” string vibration and turn it into a signal that will become the sound the guitar makes when plugged in. But the wood? The wood is mostly there to look nice.

Ask yourself this. When you go see a rock band perform, do you think the sound of the guitars is coming from the wood they’re made of? Is the sound of Black Sabbath or Slayer due to the kinds of wood their guitars are constructed of? Does that seem silly to you?

2. Lots of a Guitar Players Think The Paint Used to Finish a Guitar Affects Its Sound.

Yep, they sure do. Decades ago, almost all guitar manufacturers used nitrocellulose lacquer to finish their guitars. It’s an older style of paint that shows wear easily, and has certain characteristics affected by temperature and age. More recently, a lot of manufacturers switched over to polyurethane finishes. They last almost indefinitely and do not show wear easily. They are also much better for the environment than the older nitro based finishes were.

Well, lots of players think that the sound a guitar makes is greatly affected by the type of finish it has. The standard line of thought is that the olde-style nitro finishes are thinner and “breathe” more than poly finishes, and thus result in a livelier sound.

Again, this might be possible if we were talking about acoustic instruments. But I own guitars with both types of finishes, and both sound good – pretty much the same – to my ears. As with the type of wood controversy, I can’t hear much of a difference. I don’t know anyone else that can either.

I always wonder what kind of music some of these cats are playing, where the sound of their guitars is so greatly affected by the wood and type of finish on them. The second an electric guitar is plugged into an amp, there are many, and much bigger effects on its sound taking place. Things like the amp itself, which brings me to…

3. Only Tube Amps Can Sound Great.

OK, so you’ve learned to play, you’ve signed over your soul to the Devil, you’ve managed to get a guitar made from magical tone woods and picked a nitro finish over a tone-destroying polyurethane. You’re good to go, right? Rock stardom is right around the bend.

No, it turns out you can critically screw up Lucifer’s rock and roll plans for you if you plug that magic guitar into the wrong type of amplifier. In the really old days, all amplifiers had vacuum tubes in them, and those tubes not only made the amps work, but they added certain pleasing characteristics to the sound that those amps made. It was all a happy accident to a degree, but almost all guitar players like the way tube amps can sound.

A few years later, tubeless “solid state” amps came on the market, and for the most part, they were not considered as pleasing as the older tube amps. They were often derided as being harsh or sterile sounding, especially compared to a tube amp. To a certain degree this was probably a fair criticism early on, but as time and technology marched forward, better solid state amps were developed, and even more recently, newer technology has allowed for the development of “modeling amps.” Basically, these amps use simulations of various amplifier types and sounds to reproduce them. So one of those can offer a ton of “modeled” amp types all in the same amplifier. And they’ve gotten good, and are getting better.

Still, the naysayers claim they suck, and that only tube amps have the goods to produce pleasing sound. To listen to some of those people, you’d think that anyone using anything but a tube amp was a tone-killing hobgoblin waging war on good music.

I will go so far as to say that I think the amp a person plays and the electronics of their guitars make the biggest contribution to their overall sound, but then again, I’m a tone killing hobgoblin waging war on good music.

As such, other notable things guitar players argue about come into play, such as:

Yes, there are players that believe that a pick guard affects their sound. The pick guard is the thin sheet of plastic attached to the guitar body, that’s usually right around the pickups and control knobs. I’ve heard various arguments over the years about how those pick guards deleteriously affect the sound of a guitar, and how they should be removed to let said guitar “breathe” more. Again, I’ve yet to be able to hear this pick guard effect, and it strikes me as being similar to thinking that painting a car a certain color makes it faster.

Then there are the people that deride the use of effects. A lot of guitar players use various kinds of effects to shape their sound, and a lot of purists seem to think that most effects suck the tone right out of your sound.

Tellingly, many of these same purists make exceptions for effects that their heroes used. Certain fuzz boxes that Hendrix liked, and the Tube Screamer overdrives that Stevie Ray Vaughn employed, are almost universally respected, but show up at the local Blues Jam with a Boss “Metal Zone” pedal, and you’re likely to be killed by a pack of older men wearing fedoras and vests.

There are people, even famous players, that swear they can hear the different sound that a dying battery makes with certain effects. Frankly, if you can really hear that kind of thing, then you’re probably being slowly driven insane by the sound of insects crying or leaves falling to the ground.

But these controversies are gear related. Even while writing this, I can hear my guitar playing brethren saying, “You’re a tone-deaf imbecile Chris, you don’t know what you’re talking about this time.” And that’s me paraphrasing things in a nice, non-vulgar manner.

But these and many more gear related arguments get people bent out of shape. Trust me, you’ve never known rage until some paunchy, pony tailed (but balding) middle aged guitar “connoisseur” tells you your guitar is basically a painted dog turd with strings attached because it wasn’t built in America before 1968. I’ll forgive you if you take a fast shot to his knees, just watch out as some of those older “Rockers” and “Bluesmen” are also litigious lawyers. No witnesses.

In any case, things get really ugly when the conversation turns from musical gear to actual playing. Which brings us to:

Sometime in the late 1970’s things changed for rock guitar. One of the biggest changes came about when Eddie Van Halen and a few other guys hit the scene, and redefined what people thought was possible with rock guitar playing. There were always guys that could play fast, but EVH definitely changed things, and he opened the floodgates for a new breed of technically proficient players that pushed the envelope with their playing. The 1980’s rock and metal scenes were dominated by players that played fast and technically challenging material that took guitar playing to a different place than it had been before.

Predictably, not everyone liked that “place,” possibly on account of an allergy to spandex and Aquanet, I’m not sure. But almost from the get-go, there was resistance from some players and fans that had really liked the blues rock that dominated the 1970’s.

At this point in the game, there are a LOT of players that will dismiss any technical-sounding fast playing as “shredding,” supposedly lacking “feel” and being soulless, too many notes, instead of a few well chosen ones.

From the other side came the criticism that the players that played more sparingly did so simply because they were too sloppy or not technically proficient enough to play more challenging material.

Of course, all of this makes Satan laugh, as he plans on getting all of those shredders AND Bluesmen in the end. They’ll all end up living in neighboring subdivisions in Hell eventually, and the joke’s on all of them – the omnipresent sound track in Hell is ABBA. 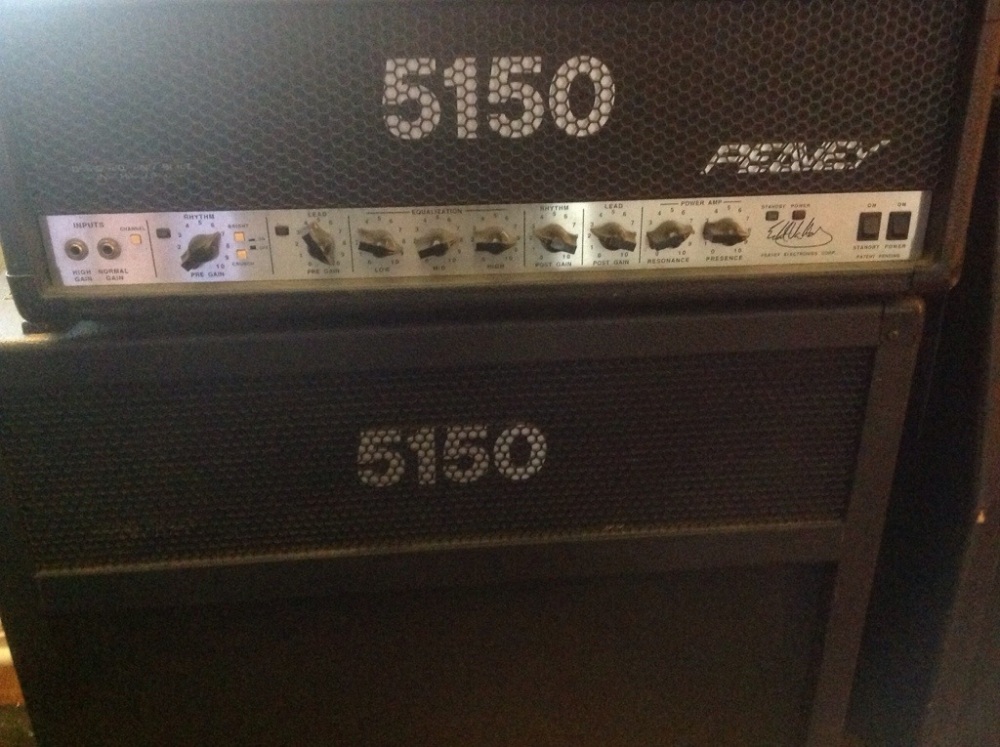